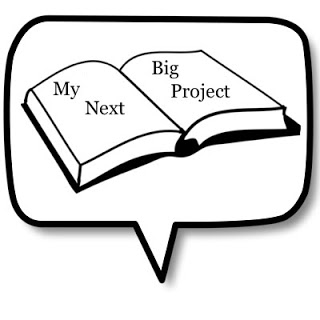 Talking About Your Next Big Idea. Amateur or Professional?

Doesn’t matter what subject it is, there will always be differing opinions. Fact of life. But as writers we have to wade through so much garbage, that I’d say every single person out there who has any aspirations of being a writer needs to take any advice about writing/publishing with a huge grain of salt. As in like a massively sized boulder piece of salt.

Essentially you gotta work your way through everything and pay attention to things that are said consistently, but read the opposing views, and then do what works for you and what feels right. Read lots and research lots about writing and the skills required for the craft. However just because a best-selling author says something doesn’t mean it’s true for everyone. Suggestions and posts I make might not be everyones cup of tea either, so read even my posts with a discerning eye.

Where am I going with all this? Well, I’m having a bit of an inner debate on whether or not I, as a new author, should be discussing -in detail- my current novel with others. In the last little while I’ve seen a lot of opinion regarding talking about your current WIP (that’s work-in-progress for all you newbie/non-
writing folks) and there seems to be a split right down the middle.

Many seem to feel talking about an idea and what you’re currently in the midst of writing is amateurish and screams of insecurities. Others say that in fleshing out ideas and discussing your project with others is the sign of a professional as you’re building up an audience and garnering interest.

My opinion? For the longest time I felt like I could and should be talking about my book as much as possible. As I came across more articles that addressed this and said that I shouldn’t be talking about my WIP I shifted my view to try and see their points. I think that in this day and age of rampantly expanding e-books/self-publishing and the astoundingly far reach that is social media, an author would be doing their book more harm than good if they kept quiet about it.

To clarify though, I think that if a writer’s idea is in its infancy and their novel is just barely started out, I’d be leery of how much and what you share with others. I would say don’t start talking details until the novel and its basic plot and theme are set in your mind. When you start to second guess yourself and let others influence your imagination and thoughts, it can be confudelling. Some have said that a good rule of thumb is to not discuss anything until your first draft is written. This is a good basic rule of thumb I think. But for me personally it just wasn’t what I wanted to do. I hashed out and plotted an entire series of four books (which later turned into six) before I was done chapter two of Book 1. So my ideas and themes were pretty much nailed down. On the pro side for discussing before your draft is finished, sometimes those who are totally removed from the world you’ve created can solve problems that you had no solution for. This happened to me with one specific detail I couldn’t quite get to work. Talking about it over dinner with my husband and our two roommates at the time, I had a solution before dessert. Discuss what you want and be open, but be wary and don’t allow too much influence, this is your work, your voice! It’s when you get a lot of different ideas and advice from a ton of people and you try to implement them all that you run into trouble. If you hear the same thing from 3 different people it should receive due consideration, but if its a single person take the advice as simply that one person’s thoughts.

At the same time have a short pitch of specifics things to say to friends and family. (ie an elevator pitch) Be enthusatic, love it and own it. It’s your work. You SHOULD be excited about it. So I say share it! (after you’ve nailed down the basics in your mind of course. :D)

What say you all those other authors out there? Sound off in the comments below.