By admin | Writing Tips | No Comments 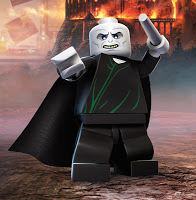 Comparisons Sometimes Can Help. My Villain vs Voldemort

Many times when a person starts comparing themselves to others the outcome isn’t good. However when it comes to character development I find comparisons to be invaluable.

Now I was in the shower when I hashed out some really key details about my main villain. Maybe it’s just me but I tend to get my best thinking and brain storming done about my novels and my characters while in the shower. Go figure its always when I’m surrounded by water and nowhere near a computer or notebook. (Not that I could use them while wet anyways). Thankfully I was able to retain most of the thoughts I had until I got the opportunity to write them down.
What I’d done was compared my main villain to Lord Voldemort. As far as literature goes, he’s one great bad guy in contemporary work. And as I’m extremely well aquatinted with all things Harry Potter it made sense for me to flesh out the flaws and motivations for my main villain in comparison to Voldemort. What an amazing character JK Rowling developed! He went from a sociopathic, attention seeking teenager (who murdered his father) to someone with devoted followers who wanted to place himself as supreme ruler and to subjugate all Muggles.
Now I agree with many others in the writing sphere that when promoting or trying to sell your novel it is probably best not to compare your work with some internationally recognizable names. But I find it immensely helpful with my own characters. The more I thought about Voldemort and his history and all of his motivations the easier it was for me to flesh out my villain.
In thinking about how my villain was different from Voldemort I nailed down some very essential characteristics and motivations. Was my villain a sociopath? Was he(she) an attention seeking teenager? Did he commit murder at a young age? What was her childhood like? Did he want a large following of people who worshipped him? Or did she prefer to work from the shadows, manipulating people in an underhanded, hidden behind fake names kind of way? By taking the details I knew and understood about Voldemort and then putting that in direct comparison with my villain I got some great work done, and was a huge eye opener at the same time. (You’ll notice I alternated between referring to my villain as a he or a she. This was so there’s no spoilers. 😀 )

What you read can have huge impacts on your writing see What You Read Will Always Affect Your Writing, but in addition you can analyze great books and great characters that you love and use them to grow and develop your own characters and writing. Happy Writing all! 😀