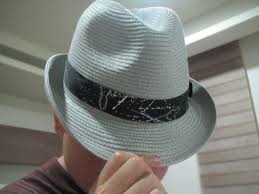 Editing, One Weird and Hard Hat to Wear

Some days it’s much harder than others to turn off the creative side and to think like an editor. To look objectively at the phrases that have been put on paper and to distance ourselves from these characters that we love so much.

Most of you know Lasera is my first novel. Just a bit ago I’d put on my editing hat again. Now maybe it was because I haven’t done any serious pruning to this manuscript in over a year, or maybe it’s because I had a particular attachment to what I was cutting but for some reason, I cut one paragraph and I gave a little inward gasp. “Like Oh My Gosh I actually just hit control-X. Gah!” But then I took another breath and I was okay and remembered that this was all part of the process. And it’s not like I haven’t cut things before, last year I’d cut pages at a time. But I’d gone to a writer’s conference and wanted to implement some of the things I’d learned.

Suffice it to say the it’s taken me over a year to implement those changes in just about half the book. I just really find it hard to put the editing hat on. Not so much because of the cutting stuff like I described above, but more because of the lack of creativity. It’s work. And it really feels like work.

I read in an all around improve your writing book that if you’re not enjoying the editing process you’re doing it wrong. Yeah definitely call Bull on that one. Maybe for some personalities it’s possible to like the editing hat, and maybe for others they can grow to enjoy it, but for me? Yeah, it’s like trying to like a chocolate covered onion, it looks like it could be something good and then you take a bite.

All of that said though, editing is so needed. I know my book needs it, I know that I need to keep at it. It’ll really be worthwhile in the end, because I’ll have put my best book forward.

There’s a lot of different editing advice out there, but the best I’ve heard yet — which came from that writing conference I went to– record yourself reading your manuscript and then listen back to it. With smart phones, totally doable. Try it! I will be as soon as I’m done this last little bit :S 😛

So if you’re like me and stuck at that spot where you’ve just got those last few sections of revision to go? Put your butt in that chair and just get-er-done!

Check out today’s post on DanielleWAM: Get A Designer and Brand Yourself